The concert yesterday took place in the Kulturpalast. Very different from the day before it was dedicated to two Russian composers a hundred and a hundred and fifty years later: Rachmaninow and Schostakowitsch. It was played the family trio Mischa Maisky on the Cello, his son Sascha on the violin and his daughter Lily at the piano.

There was one piece that really touched me and I found it on YouTube, also played by Mischa Maisky and his daughter.

Mischa Maisky is obviously also one of the best cello players in the world. But did I enjoy the trio of them? The answer is no. There was mo affection between them. They did not smile at each other even did not really look at each other. A very professional performance that I don’t have to see again. 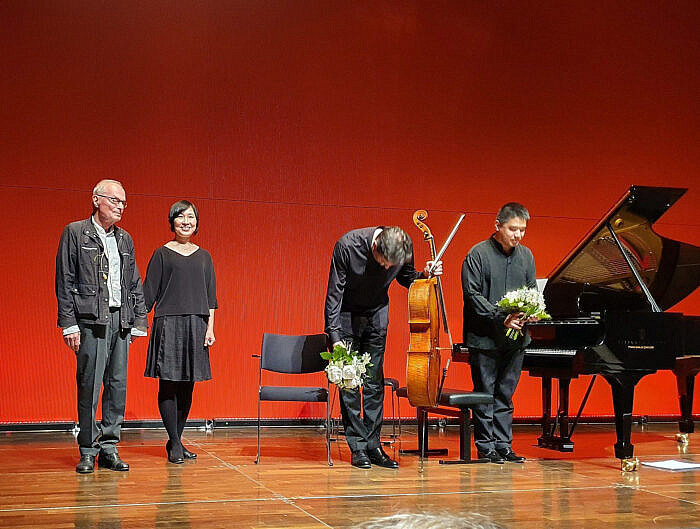