First we have been to “Skylight”, directed by Stephen Daldry with Bill Nighy and Carey Mulligan. Actually a chamber play that only lives from the intensive dialogue between several worlds that were put into this one night on stage. Very good acting especially by Mrs. Mulligan who once was so furios that she threw a drawer with cutlery at her fellow actor and a fork hit me sitting in the front row.

Second piece was directed by Stephen Daldry as well: Billy Elliot the Musical. Good show that I have written about several times already. 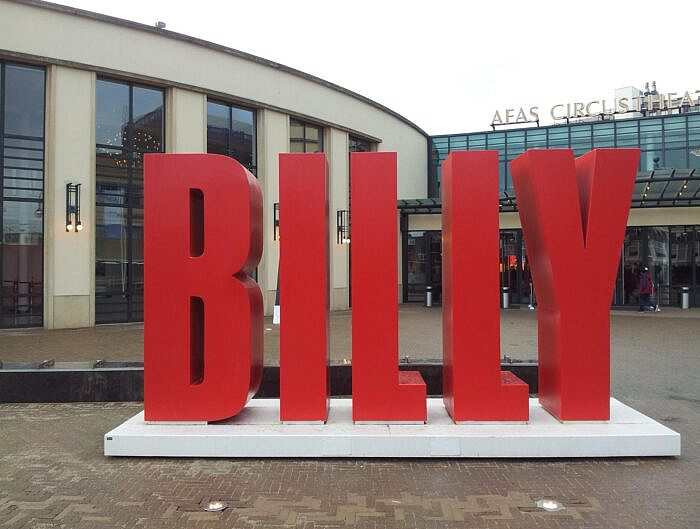