Yesterday I have been to a concert of the LGT Young Soloists in the Palais of of the large garden in Dresden.

It has been one of the best concerts I have ever seen and listened to! Not because the orchestra was so brillant, which it was, but because they visibly enjoyed so much what they did. They smiled at each other the whole time and it was a joy seeing them so good tempered. It started out very shyly with the two cellists smiling at each other then they took in their third cellist and then they took in the whole orchestra.

The whole orchestra were fifteen people (six women with beautiful long dresses, the men in black 😊) of the age between 15 and 23. Seven violin players, three on the viola, three cellists and two bassists – one of them played only a solo.

The music ranged from baroque to contemporary but easy to listen to. The program consisted of six pieces but was complemented by four encores. And if it had been up to the audience there would have been even more encores. At the end the whole audience was standing and cheering and everybody left with a smile on the face.

My absolute favorite piece of the evening was a duett of the two cellists Samuel Weilacher and Oliwia Meiser. Unfortunately I missed which piece it was. During the piece they watched at each other nearly the whole time and you got the impression as if they were just playing for each other. The audience was a bystander who just witnessed a very intimate moment. Thrilling!

On YouTube I found a piece played by the third cellist Philipp Schupelius. It was not played yesterday but it gives you an impression of the outstanding performance.

Back in the hotel I immediately checked and booked another concert. Who wants to join me? 😊 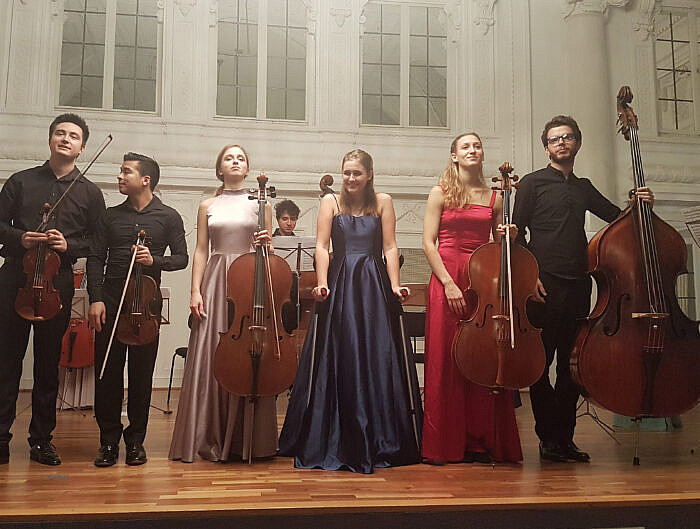 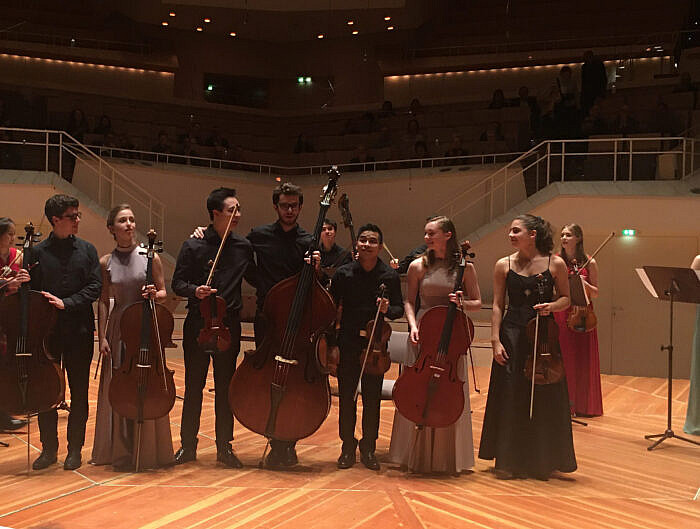