A bit of everything at Staatsoperette Dresden

Yesterday evening I have been to the Dresdner Staatsoperette again. They performed Candide by Leonard Bernstein, also within the scope of the music festival. This time I did not sit on the stage 😉

The piece is actually a piece written by Voltaire in reply to Leibniz‘ positivism. It ironic, sarcastic, even cynical sometimes. Voltaire is on stage telling us the story as it goes.

The music is a bit of everything. A medley of styles, from Belcanto to Jazz and Tango. Certainly not easy to perform. The orchestra was not in the orchestra pit. Instead it was placed at the end of the stage, the acting happening in the front where the orchestra pit is. That worked quite well, as the audience was clearly the outsider and not drawn into the story. So it was not a big distraction. Nevertheless, what I did not like was that the orchestra was amplified and additionally broadcasted via speakers. It was a big classical orchestra and in the end you were hearing it twice. The synchronization was perfect, but it irritated me.

The set was reduced to the costumes of the actors and dancers. It was quite blunt in times, but so is the piece. I may have preferred something more subtle.

Overall a good production but not special. I have to add that I don’t have any comparison.

One word to the building. The Staatsoperette newly moved into the Kraftwerk area. A factory site in the center of the city that now hosts several cultural sites. They preserved the factory character from the outside and partly inside (as you can see from my picture of the „Kranfoyer“) because it is beautiful architecture. Another example of how to do it right! 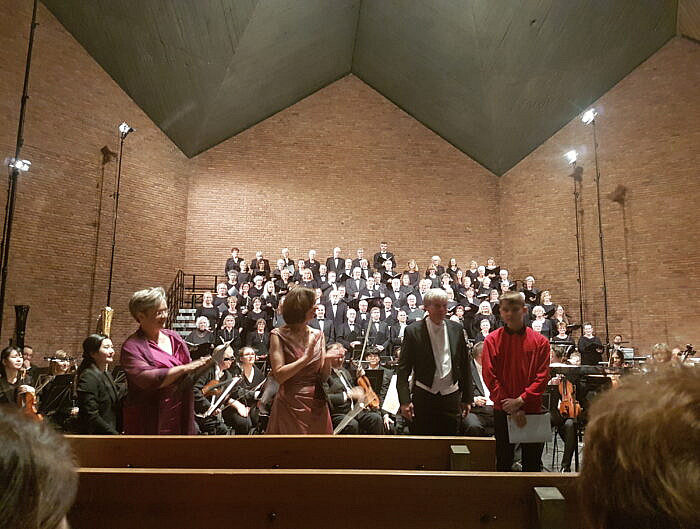