How stupid can People be?

The opera yesterday was “Eugen Onegin” from Tschaikowsky.

A romantic russian piece sung in Russian. The music was very light and good to hear, production is nice, singers were good and the orchestra anyway.

But the story of the opera was so incredibly romantic: in the first act we are introduced to two sisters. The younger one is happily liaised the older one is a bit melancholic. Then the younger one’s friend brings a friend into the house “Eugen Onegin”. The older sister immediately falls in love with him and writes him a long letter. He answers this letter by telling her, that he is not the man for love. End of act 1.

Act 2: there is a celebration in the house of the girls. Both friends are also there but Eugen is bored. So he decides to play bad on his friend and flirts with the younger sister. The friend gets upset and decides that Eugen is no longer his friend but must be fought in a duell. Eugen shoots his friend. End of act 2.

Act 3: some years later. Eugen has been abroad and is back now. He meets another old friend who has in the meantime married the older sister. Eugen realizes that he loves the older sister and tells her. She tells him, that she also loves Eugen but that she is now married and that she will not betray her husband. Therefore Eugen should leave. End of act 3.

Whenever I listen to such a story I sit there and think “how stupid can people be?” Expel the woman I love and kill my best friend. That is so romantic 😉 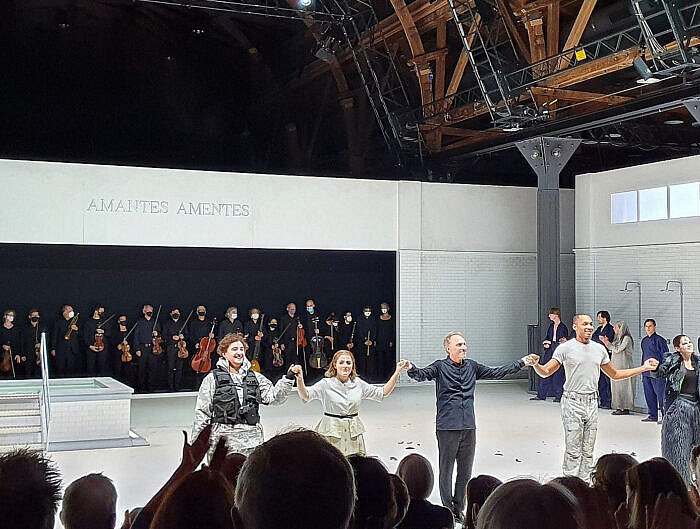